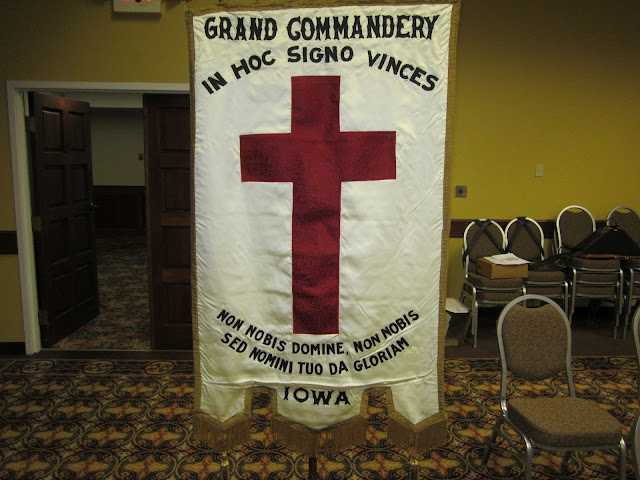 The 148th Conclave of the Grand Commandery Knights Templar of Iowa is in progress in Ames. Last night featured several events including the Knight Crusader of the Cross degree. Approximately 30 Sir Knights took the degree, including myself. It reminds us of our commitment as Knights Templar and includes lessons on one of my favorite parts of the Bible, the Sermon on the Mount.

Early Thursday morning the Sir Knights from Temple Commandery met for a dress rehearsal for the opening of the Grand Commandery. I'm participating in a small part and it's been fun learning the ritual and floor work with the swords. The opening is Friday morning so ready or not, we're on.