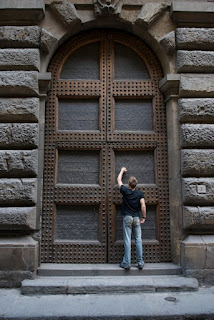 Operative Lodge #308 held its stated meeting for February last night. Sixteen brothers attended including a visitor from Golden Fleece Lodge #89 in Litchfield, MN, just sixty miles west of Minneapolis. Our meeting featured an educational presentation by Byan Bever on the history of the American flag. In addition, initial plans were made for Operative Lodge’s annual Barbeque on September 29.

The highlight of our meeting, at least to me, was the reading of THREE petitions for membership in our Lodge! Three men from the community have petitioned for membership and none of the brothers at last night’s meeting could recall when we have last had that many petitions at the same time, if ever! Our traditions require men to petition for membership into Freemasonry; membership is not solicited. After the petition has been read in open Lodge, no action may be taken for thirty days. Then, a vote of the membership determines whether or not the petitioner is invited to become a candidate. If the candidate is accepted, he is scheduled to receive his First degree: the Entered Apprentice.

Operative Lodge #308 currently has one man who just completed his Entered Apprentice degree and is waiting for his Fellow Craft degree. It’s exciting to be a part of a Lodge with four men in the process of joining all at the same time! If you live in the central Iowa area and are interested in becoming a Freemason, checkout some of the links on the right side of this page or read some of the older posts on this blog to learn more. Remember, you must ask to join; no one will ask you.
Posted by Mike at 12:54 PM No comments: 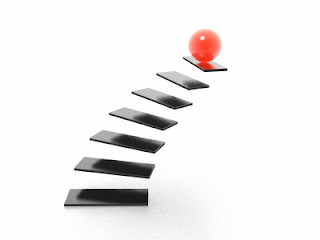 Cliff Porter, a founding member of Enlightenment Lodge #198 in Colorado Springs, spoke on the topic of the psychology of Freemasonry. He applied his experience as a homicide detective in an interesting and entertaining presentation on Freemasonry, ritual, the ancient mysteries, and even birth order. After the conference, Brother Cliff graciously autographed copies of his book The Secret Psychology of Freemasonry.

Chad Simpson spoke on the symbolism of the Third Degree. Chad is a former recipient of a Grand Lodge of Iowa college scholarship and he mentioned the impact the award had on his journey in becoming a Freemason.

Ryan Broderson drew the tough slot of speaking immediately after lunch. Woody’s Smokeshack provided the meal and it was delicious and filling. Ryan’s presentation on the meaning of King Solomon’s temple held the well-fed audience’s interest, even in a warm room. Maybe his experience as a high school debater helped!

Jons Olsson ended the day with a rousing talk on Freemasonry and the Civil War. Jons humorous stories provided a perfect end to an educational, enlightening day of speakers.


Pictures from the Grand Lodge of Iowa's Masonic Education Conference on Saturday, Feb. 11, 2012: 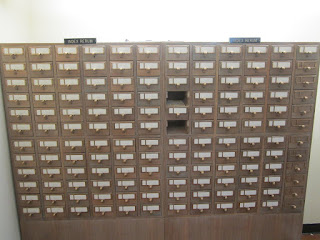 Cliff Porter, founding member of Enlightenment Lodge #198 in Colorado Springs, CO, spoke after dinner Friday at the Cedar Rapids Scottish Rite Temple to kick off the 2012 Grand Lodge of Iowa Masonic Education Conference. Brother Porter's talk focused on how we can make Lodge a more fulfilling experience, and unlike some of the articles I have read on this topic, he went beyond replacing electric lights with candles.

I was fortunate enough to kick off the conference Friday morning with several hours in the Iowa Masonic Library researching my new paper, an analysis of the Door Lecture. While there, I learned from Bill Kreuger, Assistant Librarian, that the digitizing of the Index Rerum is over halfway complete. Index Rerum is a one-of-a-kind Masonic resource: it is a handmade index of Masonic Periodical articles stretching back over 150 years. The Library is entering each of the 400,000 plus records into a database to be digitized and made available to anyone on-line.

On the road to Cedar Rapids 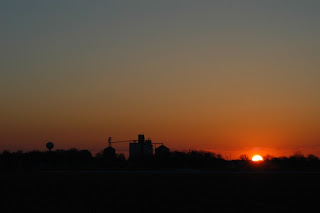 The Grand Lodge of Iowa A.F.&A.M. Conference on Masonic Education begins today and I will be on the road early this morning to CR. I plan to spend some time today in the greatest Masonic Library in the world before the conference opens with dinner this evening.

My new research project is the Door Lecture from the Entered Apprentice degree. I delivered my first Door Lecture as Senior Deacon last month and it seems like a fitting subject for a project. Why is the Door Lecture considered one of the most important lectures in all three degrees? What does it teach us about Freemasonry?

Check back later today for photos and an update.
Posted by Mike at 6:03 AM No comments: 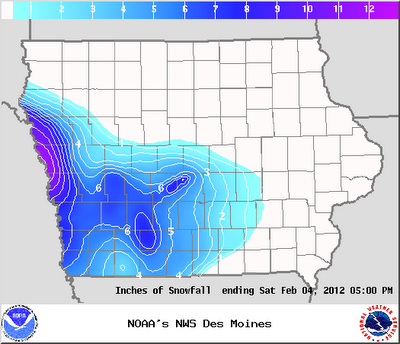 Polk City is in the NW area of Polk county right about where the heavier snowfall amount is indicated on the NWS graphic.
Posted by Mike at 7:23 PM No comments: 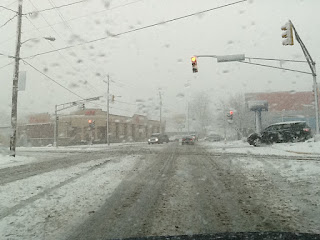 I spent part of this past snowy Saturday at my first Chapter school and Iowa’s first known Table Chapter. The purpose of the school was to provide instruction in the Mark Master, Past Master, Most Excellent Master, and the Royal Arch Degrees. As a new Royal Arch Mason of less than three months, I need all the instruction I can get.

Corinthian Chapter 14 and Ascalon Chapter 139 sponsored the Chapter school and arranged for the Table Chapter afterwards at Christopher’s Restaurant. I had never been to a Table Chapter before so I wasn’t sure what to expect, but it turns out that no one else had been to one of these before either. Kurt Hoffman and Matt Risberg, the High Priests of Corinthian and Ascalon respectively, jointly planned the event complete with a ritual opening, closing, and seven traditional toasts. The ritual was fascinating and the toasts were inspiring, but the first order of business was introducing distinguished visitors, of course. That is something I have seen before. Actually, I think distinguished visitors were introduced at my initiation as an Entered Apprentice. Regardless, I had a great time at the school and Table Chapter. Kurt and Matt did a fine job organizing the event and I plan to attend more. Even if there is a winter storm warning in effect.
Posted by Mike at 12:40 AM No comments:

Freemasons For Dummies: George Washington: Zombie
Posted by Mike at 8:10 PM No comments: