The greatest library in the world 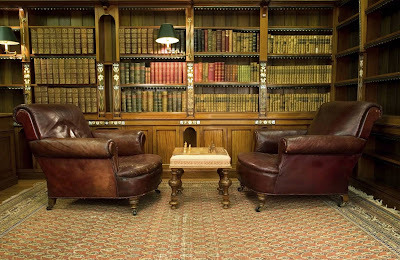 I traveled to the Grand Lodge of Iowa’s Masonic Library in Cedar Rapids yesterday to finish research on my symbolism paper- I posted a few pictures below in a slide show. I completed the body of the paper some time ago, but I needed to clarify several confusing bibliographic citations I had in my notes; I guess I should have listened to my sophomore English teacher and used index cards to keep track of everything!

The Iowa Masonic Library is a joy to visit and a pleasure in which to research. The assistant librarian, Bill Kreuger, was helpful as always. I’m amazed that this library, one of best Masonic Libraries in the world, is so accessible to Iowa Masons. And it’s difficult to describe the significance of the Index Rerum. The Index Rerum is the only index of Masonic periodicals of its kind, anywhere in the world. Librarians at the Masonic Library began indexing articles in Masonic periodicals sometime around 1905, according to Tim Anderson, Deputy Grand Secretary. The result is a massive card catalog which indexes every imaginable Masonic topic. I found almost 100 index cards on the topic of ashlars alone.

I’m a bit of a geek when it comes to libraries: I worked in one as a teenager, I nearly lived in one when I coached debate, and now I serve as a trustee on the board of my local public library. I suppose only a teacher would enjoy spending a vacation day researching at a library, but I think anyone with an interest in Freemasonry would find their time spent visiting the Iowa Masonic Library worthwhile.

For those interested, part of my research paper is posted at the Masonic Research network in the article submissions area under downloads. The title is Symbolism of the Ashlars: Three Interpretations.