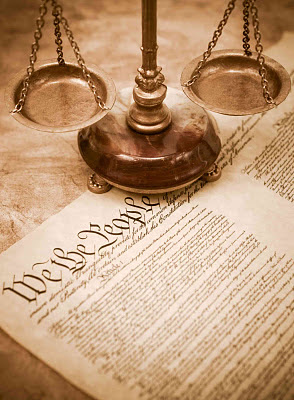 The Master Craftsman Two program was developed by the Scottish Rite to encourage further study of the Scottish Rite degrees. It differs significantly from Master Craftsman One, primarily in the essay requirement. As a high school social studies teacher, I've always been a huge fan of essay tests, and I'm even more so after my experience this past summer. I was fortunate to have been an Advanced Placement (AP) reader for the College Board's AP Government and Politics: US course. As a reader, I worked with a group of eight others in scoring over 250,000 essay tests written by high school students who completed the AP class at their individual schools in May. The College Board hires approximately 700 high school teachers and college professors to read and score these quarter of a million essays. After a day of training on specific questions, we read for seven days, approximately eight hours a day. Admittedly, you have to enjoy your subject and enjoy reading high school student's writing, but I had a great time; it didn't hurt that the reading was in Daytona Beach and that I had a chance to visit a Lodge there! I plan to return next summer.

In any case, here is my most recent rough draft for the MC2 quiz over the 13th degree:

The dictionary defines keystone as the central supporting piece of a larger structure. In the context of this essay, the U.S. Constitution functions as a keystone to the extent that it provides the support necessary to maintain our liberties within the framework of our political system. This framework includes both our three branches of government, legislative, executive, and judicial, as well as legal protections including the right to trial by jury first guaranteed by Magna Carta in 1215. Pike summarizes this arrangement in Morals and Dogma: “…an independent judiciary, an elective legislature of two branches, an executive responsible to the people, and the right to trial by jury…” While the U.S. Constitution is a political document developed through a political process, it performs a significant and nonpartisan role in American democracy.

The claim that our Constitution is the central point to protecting the rights and liberties of the people is a common one, but the warrant for that claim is often ignored. Many countries have constitutions, in fact, even the former Soviet Union had a constitution, yet one would hardly argue that Soviet citizens enjoyed the same political freedoms as Americans! The explanation of the relationship between our Constitution and its power to secure our liberties is found in the classic U.S. Supreme Court case, Marbury v. Madison, just sixteen years after the Constitution was created. In Marbury v. Madison, the Court ruled that a law passed by an elected legislature, the U.S. Congress, violated the Constitution and was thus invalid. This power of the judicial branch to overrule the legislative branch is called judicial review, and while the power is merely implied in the Constitution, the Federalist papers, a series of newspaper columns written by Madison and other framers in support of the new Constitution, contain arguments explaining how judicial review protects the minority from the “tyranny of the majority.” Marbury v. Madison established the Constitution as the fundamental law of the land, and an independent judiciary served to safeguard our liberties, even those liberties of a political minority, as written in that fundamental law. To some extent, Marbury v. Madison can be seen as the keystone to the concept of the protection of our liberties which Pike discusses.

In Morals and Dogma, Pike uses a metaphor to further explain the unique nature of the U.S. Constitution: he compares it to the Ark of the Covenant. Like most of Pike’s writing, this metaphor is not meant to be taken literally. Instead, Pike uses it as a figurative device to illustrate the special place the U.S. Constitution occupies in our political system. The Constitution is not a fixed, monolithic document impossible to change, however, as Pike writes, it “cannot be hastily changed,” as evidenced by the relative difficulty of the amendment process. An amendment to the U.S. Constitution must be proposed by a two-thirds vote of either both houses of Congress or by a national convention, and then it must be ratified by three-fourths of either the state legislatures or state conventions. That this procedure is difficult is clearly demonstrated by the few times the Constitution has been amended in the past 220 years: the first ten amendments were enacted all at once as the Bill of Rights and there have been only 17 other amendments successfully ratified since then. This political document certainly reflects our “fixed habits and settled thoughts.”

In summary, our Constitution provides powerful protection of liberty through judicial review, and it also allows for a constant, stable protection of these same liberties due to the difficult amendment process.
Posted by Mike at 6:23 AM