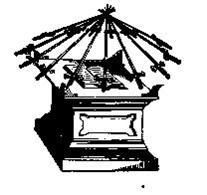 In the Eleventh Degree- Elu of the Twelve- we find King Solomon selecting twelve of the fifteen Elus to be governors in Israel. King Solomon charged these men with the responsibility of supervising their provinces, but more especially to oversee the fair collection of revenue. Hutchens writes in a Bridge to Light that “this degree should remind us of another institution necessary for true liberty- the trial by a jury of twelve men....” Most Americans do not question this fundamental right, perhaps because we are so familiar with it. But why is it so important? Why does the U.S. Constitution even list it? Why would liberty “often be but a name” without trial by jury? I will examine these questions by examining the history of this right, the significance of the redundant listing of the right in the U.S. Constitution, and how the right to trial by jury is an illustration of popular sovereignty and perhaps the ultimate example of checks and balances.

The history of jury trials can be traced back to ancient Greece and Rome. Citizens rotated service on trials, in some instances for an entire year. In Rome, laymen were appointed even to serve as judges. The juries and other legal procedures were very different from what we use today in both civil and criminal cases, but the concept of a judgment rendered by citizens was a feature of these civilizations.

Magna Carta, issued in 1215, is the most significant historical aspect of trial by jury. The King of England was forced to sign Magna Carta by a group of lords and is perhaps the first instance of the power of a king being limited in writing. The document established basic liberties, including a right to trial “...by the lawful judgment of his equals....” Our founding fathers wrote the Sixth Amendment to the U.S. Constitution to establish a jury trial as a fundamental right in the U.S. The right to trial by jury is also found in Article III section 2; it states quite clearly “Trial of all Crimes, except in Cases of Impeachment, shall be by Jury.” The redundancy of listing this right twice in our most fundamental expression of law, the U.S. Constitution, helps to answer the question of why trial by jury is inherent to liberty.

My final examination of how the right to trial by jury is a basic requirement of liberty relates to the nature of our constitutional system. The framers established a system of checks and balances in which each branch has the power to restrain the others. For example, the President has the power to veto legislation passed by Congress, and Congress also has the power to override the President’s veto. The reason for this system, which lately has created political fights on topics ranging from the national debt to Libya, is simply that it keeps one branch from dominating. James Madison wrote in the Federalist No. 47 that “ the accumulation of all powers, legislative, executive, and judicial, in the same hands...may justly be pronounced the very definition of tyranny.” This system of checks and balances is well known even to high school students in American Government class. What may not be as well known, however, is that trial by jury is one of these checks, as well as an example of the principle of popular sovereignty. Moreover, the right to a trial by your equals could be considered the ultimate example of a check. Trial by private citizens operates as a check on all three branches. First, it is a check on the judicial branch because jurors determine questions of fact independent of judges. Second, it is a check on the legislative branch because jurors deeply analyze the application of statutes and legislation. While jurors cannot “veto” a law in the context of a trial, they certainly become better educated about the law and to that extent play a key role in the process. Finally, juries check the executive branch by questioning the prosecution’s case, which in effect is a check on the executive since prosecutors are appointed by the executive branch. However, the best example of how the jury system operates as a check, in my opinion, comes from the process of education and the demands it places on common people. The jury system is a hands-on education for citizens about self-government. In this sense, it is the definition of liberty and without it, liberty would be “...but a name.”
Posted by Mike at 1:22 PM