New Masters of the Royal Secret 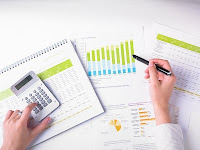 Members of the Robert E. Derby, 32° KCCH and Karl H. Killinger, 32° KCCH one day reunion class completed their work yesterday afternoon. Congratulations to the thirteen new Masters of the Royal Secret! I was excited to attend this reunion in part because it was my first; I was a member of the November 2010 Glen W. Lamb, 32˚ KCCH and Eugene L. Smith, 32˚ KCCH class.

Several other of my November classmates attended as well. Two participated in the degrees as candidates to complete work missed due to family and other obligations back in November. Four members of the November class, in addition to me, were in attendance, two of whom participated in the ritual. In total, five of the seventeen candidates from the November 2010 Glen W. Lamb, 32˚ KCCH and Eugene L. Smith, 32˚ KCCH class attended, not including the two candidates who needed to finish up some of the work. That’s about 30% of the class from the most recent reunion. I am curious how that compares. I hear and read about membership numbers and activity, and this makes me wonder if there is research regarding the participation of new Scottish Rite members. Do other Valleys track participation rates? How would participation be quantified? It’s easy to count the members of the class or even the numbers who attend banquets, but are there other elements of participation in reunions that are tracked by Valleys?

The most interesting part of the day for me wasn’t the numbers or what they might mean. The best part for me was this: I felt like I was seeing some of these for the first time! As a candidate back in November, I was excited, anxious, and maybe even a little nervous so I wasn’t really concentrating on the degrees. The significance of the lessons of the degrees overwhelmed me then, and it still does, but watching the degrees yesterday I feel like I learned much more than I did as a candidate. I’m looking forward to the April reunion even more now!
Posted by Mike at 6:44 AM