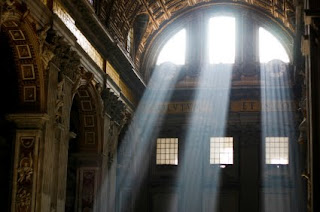 The Glen W. Lamb, 32˚ KCCH and Eugene L. Smith, 32˚ KCCH class finished their work with seventeen candidates completing the 32nd degree on Saturday afternoon at the Scottish Rite Temple in Des Moines. Two of our original classmates were excused due to family commitments and one member of the Spring class joined us to finish the earlier degree work he missed.

The class started their last day of work with the 27th degree- Knight of the Sun. This was one of my favorite degrees of the day. To me it seemed quite different from the others with unique symbols and a fascinating speech at the end by Brother Gabriel. The dramatic element of the degree stands out in my mind, too, especially the portrayal of Lulli. There is plenty here for further reflection, as is true with all of the degrees, however, this one is again a bit different from others: the text given to the candidates the previous weekend, A Bridge to Light by Rex Hutchens, states that the lecture of this degree alone makes up almost one-fourth of Pike’s Morals and Dogma!

The Kitchen Krew served us another delicious meal for lunch and then we started back to work on the 31st degree. Sitting in a dark auditorium after a great meal presented its own challenges to a few classmates, but we persevered. The quality of all of the degree teams amazed me and during our breaks our class frequently talked about how impressed we were with the amount of time and effort people put into the reunion. Our class President, Daniel Beyer echoed this during his remarks at the Double Eagle Gala. The 31st and 32nd degrees were simply amazing; I can only imagine the amount of time spent to make these two degrees look as polished as they did Saturday. The ending lecture in the second section by the Master of Kadosh may be the most memorable part of both weekends for me.

The night concluded with the Double Eagle Gala. Class President Daniel Beyer expressed our class’s thanks and class Orator Nathaniel Hedin Schmidt delivered a fine speech, although I’m still disappointed we didn’t get a chance to hear him sing in the 22nd degree! Our class Treasurer Nicholas McGahan presented a gift to the Consistory and then the fun really began with the band Freestyle providing the music. Ed, Scott, and the guys did a great job. You didn’t really need to dedicate Brick House to your Polk City friends, but both my wife and I enjoyed it!

Thanks to all who helped the Glen W. Lamb, 32˚ KCCH and Eugene L. Smith, 32˚ KCCH class. We were impressed and honored by your efforts.
Posted by Mike at 7:00 AM