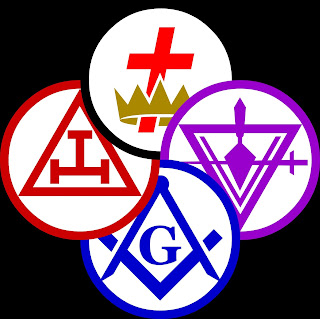 The Des Moines York Rite met January 20 to install its officers for the 2016 year. Eminent Commander Stevin Dahl will lead the group and he announced several upcoming events.

The Des Moines York Rite Festival will be on Saturday, March 12; three of my Blue Lodge brothers petitioned to join so that will make the Festival especially exciting for me. When a Mason joins the York Rite, at least here in Central Iowa, they go through a series of degrees and typically join three groups: the Royal Arch Masons, the Royal and Select Masters, and the Knights Templar. Brothers who join the Royal Arch and Royal and Select Masters are called "companions," and those who become Knights Templar are called "Sir Knights." All of the new Companions and Sir Knights will have an immediate opportunity to learn more about the degrees on Saturday, March 19 when the Des Moines York Rite Bodies host a York Rite school.