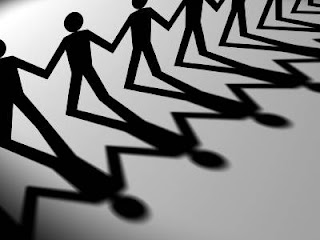 Logic Lodge #636 in Ankeny, Iowa raised Scott Lilly to the Sublime Degree of a Master Mason Tuesday night. Over twenty brothers assisted in the effort with visitors from many Lodges including Arcadia, East Gate, Daylight, Waveland Park, Operative, and others.

The Third Degree is an exciting ceremony to watch and in which to participate, at least in part due to the significance it has in a man’s life. But it’s not just the candidate who experiences this significance. Every time I have been at a Third Degree I’m reminded of my own raising at Operative Lodge in Polk City. I remember the feeling of being the candidate, talking with the Tyler, Terry Burke, just outside the Lodge room, and especially the sound of the bagpipes! Other Freemasons experience the degree in their own way. Scott’s dad, Don Lilly, is the Treasurer of Logic Lodge and he participated in the ceremony last night; I’m sure the degree had a great deal of meaning for him. Worshipful Brother Darrell G. Fremont, Senior Grand Steward of the Grand Lodge of Iowa A.F. & A.M. presided over the second section of the degree. He commented that this was his last opportunity to represent the Grand Lodge since his term as Senior Grand Steward is ending in just a few days; he certainly experienced the degree in a unique way.

Freemasonry is a brotherhood which draws us closer together and builds community. We each experience this in different ways, even when we are engaged in a common goal. The Third Degree is one way to extend the meaning of this brotherhood simply by participating together as a community of men in a common work for an uncommon purpose. And for Scott, last night was definitely uncommon.
Posted by Mike at 6:50 AM