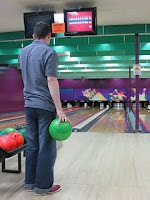 This is another part of the paper I'm writing on the symbolism of the Rough and Perfect Ashlars:

IV Individual or Group
Speculative Masonry utilizes the tools and materials of Operative Masons to teach a system of morality veiled in allegory and illustrated by symbols. The fourth interpretation of the Rough and the Perfect Ashlar draws on the operative use of these stones. In building a wall, common practice involved fabricating two adjacent walls and bonding them together for superior strength. Special stones ran lengthwise through the width of both walls bonding the two separate structures together. Dr. John S. Nagy describes these bond stones:

It’s a Building term used by Stonemasons to describe Perfect Ashlars used to connect the Inner and Outer layers of walls that create Buildings. Stone walls are usually built with two layers of Perfect Ashlar, an inner and an outer, and may or may not have rubble sandwiched between them. Either way, these two walls require connecter Stones to stabilize the Structure thus Built. Perpend Stones are those Stones whose lengths allow them to extend from the outside of the outer wall to the inside of the inner wall thus showing their smooth faces on the construct’s inner and outer surfaces.

These bond stones are Perfect Ashlars. The original form of the term “Perfect Ashlar” provides additional support for this analysis. Brother Edmund H. Dring studied the morphology of Perfect Ashlar and published his research in the Transactions of the Quatuor Coronati Lodge No. 2076. Dring concluded that the word “perpendashlar” was the original form of the term perfect ashlar. According to the Oxford English Dictionary, “per” originates from Latin meaning “through” and “pannus,” the original form of “pend” according to Dring, also originates from Latin meaning “cloth or wall.” In supporting his claims, Dring cites data from architectural dictionaries from the Middle Ages and other language reference works. Later Masonic scholars concur with Dring’s argument saying “…he was the first to put forward what is, in all probability, the correct explanation of the term “Perfect Ashlar.”

Dring’s work reinforces the function served by the individual Freemason in strengthening the Craft. As a Rough Ashlar, a Freemason is merely an individual component of a wall, but as a Perfect Ashlar, he fortifies the Fraternity. The Perfect Ashlar passes entirely through both walls as a “binder for other stones,” as Charles C. Hunt put it. Speculative Masonry provides the tools for an individual man to improve himself, with the blessings of the Great Architect of the Universe, and thus enhance the spiritual and moral structures of today’s society. He is no longer just an individual; taking the form of a Perfect Ashlar he serves a fundamental mission within the group.

There is a relationship between the Rough and Perfect Ashlars in the stone wall built by an Operative Mason: the integrity of the wall is partially based on the connections between the stones, with the Perfect Ashlars providing a binding force. An analogous form is seen in a social network. The individual nodes within the network inherently draw value depending on the relationships between one another. Social scientists use the term social capital to describe this value. Robert Putnam, a professor of political science at Harvard University, described the decline of social capital in a 1995 article in the Journal of Democracy. At its most basic level, social capital simply means that relationships matter. Putnam proposes that face-to-face social interactions build the trust necessary for a strong community. He writes:

Putnam goes on to claim that declining membership in civic organizations, like Freemasonry, reduces our social interactions and threatens to impact political institutions.

Masonry provides us with a wide range of opportunities for social discourse with a diverse group of men. Moreover, the principles of our Fraternity focus on many of the concerns highlighted in Putnam’s research: lack of civic engagement, social isolation, and declining support for government institutions. As a man progresses in Masonry and participates in all that our Brotherhood offers, he transforms himself from an isolated member of society into a binding force: he becomes a Perfect Ashlar and enriches the civic life of our nation.
Posted by Mike at 9:43 AM